Small intestinal bacterial overgrowth (SIBO) is a disorder that affects the digestive system. The body relies on these microorganisms that live in the body, but if they accumulate and travel to the small intestine, it can lead to trouble. While different species of bacteria live all along the digestive tract, the small intestine normally has small amounts of bacteria. The small intestine’s job is to absorb nutrients and SIBO can interfere with this process. This may potentially lead to anemia and other nutrient deficiencies. SIBO is often a complication of several other intestinal disorders, such as celiac disease, Crohn’s disease, leaky gut and irritable bowel syndrome, but SIBO is often an underlying issue in many of these cases, as well as other gastrointestinal (GI) problems. Patients with SIBO are also at risk for damage to the lining of the stomach.

While bacteria are a healthy and natural part of intestine function, if they grow out of control in the small intestine, it can cause several unpleasant symptoms. Usually patients will experience abdominal pain, flatulence, bloating, nausea, constipation, diarrhea and fatigue. Malnutrition and weight loss may also occur in severe cases if the patient has any vitamin deficiencies. SIBO may also cause skin problems or conditions, such as rosacea, eczema, rashes and acne.

There are several factors that increase the risk of SIBO, including medical conditions and lifestyle factors. For example, those with diabetes or who take different courses of antibiotics are at risk for bacterial overgrowth. Excessive sugar, alcohol or refined carbohydrate intake may also put patients at risk for SIBO. Bowel surgery may also increase the potential for bacteria to grow in the small intestine.

Patients with this autoimmune disorder cannot properly digest gluten. Despite a gluten-free diet, patients may experience gastrointestinal symptoms. The sensitivity causes the body to destroy the lining of the small intestine, which can cause bacteria to grow out of control.  According to research, SIBO affected the majority of celiac patients in the study who still suffered from GI symptoms with a gluten-free lifestyle.

Similarly, Crohn’s disease is an autoimmune condition that causes the immune system to attack healthy tissue in the GI tract. This can cause bacteria to overgrow in the small intestine. Studies suggest that SIBO is a common condition underlying Crohn’s disease.

When someone develops conditions that affect organ system function, it can cause damage, including SIBO. For example, liver cirrhosis can cause changes in the small intestine. According to studies, researchers noticed that patients with cirrhosis had an overgrowth of bacteria in their small intestines. Similarly, acute pancreatitis is caused by inflammation in the pancreas, which produces digestive fluids. Studies suggest that SIBO accompanies the condition and causes complications in chronic cases.

Lipase is a type of enzyme that the pancreas produces to break down sugar and fatty foods into fatty acids and glycerol. The small intestine has large amounts of lipase after a meal. When the fat reaches the small intestine, the gallbladder releases bile to break it down even further. Low levels of lipase can cause intestinal disorders.

Another malfunction along the GI tract that can lead to SIBO is ileocecal valve syndrome. The ileocecal valve is located at the juncture of the small and large intestines. It is normally closed, except when food passes out of the ilium, part of the small intestine, and into the cecum, part of the large intestine. In ileocecal valve syndrome, the valve dysfunctions and waste may get stuck in the open position, allowing toxins to back up into the small intestine. This may potentially cause bacterial overgrowth. In rare instances, the valve may remain closed and cause additional problems.

When digestion in the stomach slows or malfunctions and food does not empty as it should, it can cause gastroparesis, a delay in gastric emptying. This condition may cause bacterial overgrowth. Symptoms include upper abdominal pain, bloating, vomiting, nausea, acid reflux, loss of appetite and feeling full after eating just a couple of bites.

SIBO can be difficult to diagnose, since its symptoms are similar to several other digestive conditions. The symptoms also affect patients in different ways and some cases may be more severe than others. Patients with symptoms similar to SIBO should visit a doctor for an accurate diagnosis.

First, the doctor will ask for the patient’s medical history and inspect the abdomen for gas or bloating. If they find signs, the doctor will carry out a diagnostic test. The most common way to diagnose SIBO is with a breath test, which measures the amount of hydrogen and methane in the patient’s breath. When bacteria break down carbohydrates in the intestine, they produce hydrogen and methane that travel from the bloodstream to the lungs and the breath. If there is a high concentration of these elements in the patient’s breath, the doctor will be able to determine the severity of the condition. If the breath test does not produce effective results, the patient may need to have blood, urine or intestinal fluid samples taken.

SIBO is treatable with antibiotic medications and dietary changes can help as well. There are several diet systems designed to promote the growth of healthy bacteria in the digestive system. However, researchers have not concluded the exact role that diet plays as a treatment option. The only definite way to treat SIBO is to address the underlying condition and sometimes it may be difficult.

Xifaxan is the most common antibiotic for SIBO. Studies have proven that it is effective in treating the majority of patients and reduce bacteria in the digestive system because it doesn’t absorb into the bloodstream. Other antibiotics include amoxicillin and rifaximin. But amoxicillin can cause unpleasant side effects like constipation and diarrhea. However, while antibiotics can produce positive results, sometimes the effects do not last forever and patients may have a risk for relapse.

Although antibiotics are an option, research states that herbal and dietary remedies may be just as helpful if not more. Bacteria in the digestive system feeds on carbohydrates, so reducing dietary carbs can help prevent bacterial overgrowth. Patients should also try to implement a low fermentation diet without short-chain carbs in dairy products, grain and certain produce items. Avoid lactose, fructose and glucose. In order to rebalance the numbers of bacteria in the right way, avoid foods that can stimulate bacterial growth and trigger SIBO, including:

Studies also recommend a liquid-based diet so that the patient can digest food more easily and absorb nutrients before the bacteria can break them down. However, this type of diet is not very sustainable. Get permission from a doctor before starting a liquid diet. The best resource for dietary tips to relieve SIBO is to speak to a physician or a nutrition specialist.

Probiotics help the body maintain bacteria that support healthy digestion. There are different types of probiotics and depending on the growth, different patients may need different methods. But some of the best probiotics for SIBO include lactobacillus plantarum, bifidus lactis, bacillus indicus and bifidobacterium infantis. While probiotics may offer many health benefits, they are not without potential side effects. These include nausea, dizziness, skin rash, gas and bloating.

Native to moist North American climates, slippery elm bark is a traditional herbal remedy that natives used for centuries to treat a number of different ailments, including irritation in the GI tract. It stimulates mucus production in the intestines, which can act as a protective barrier and may soothe digestive complaints like SIBO, irritable bowel syndrome, ulcers and colitis. As a dietary supplement, the recommended dosage for slippery elm bark extract powder is 700 mg a day. Speak to a doctor to determine the right dose for your condition. 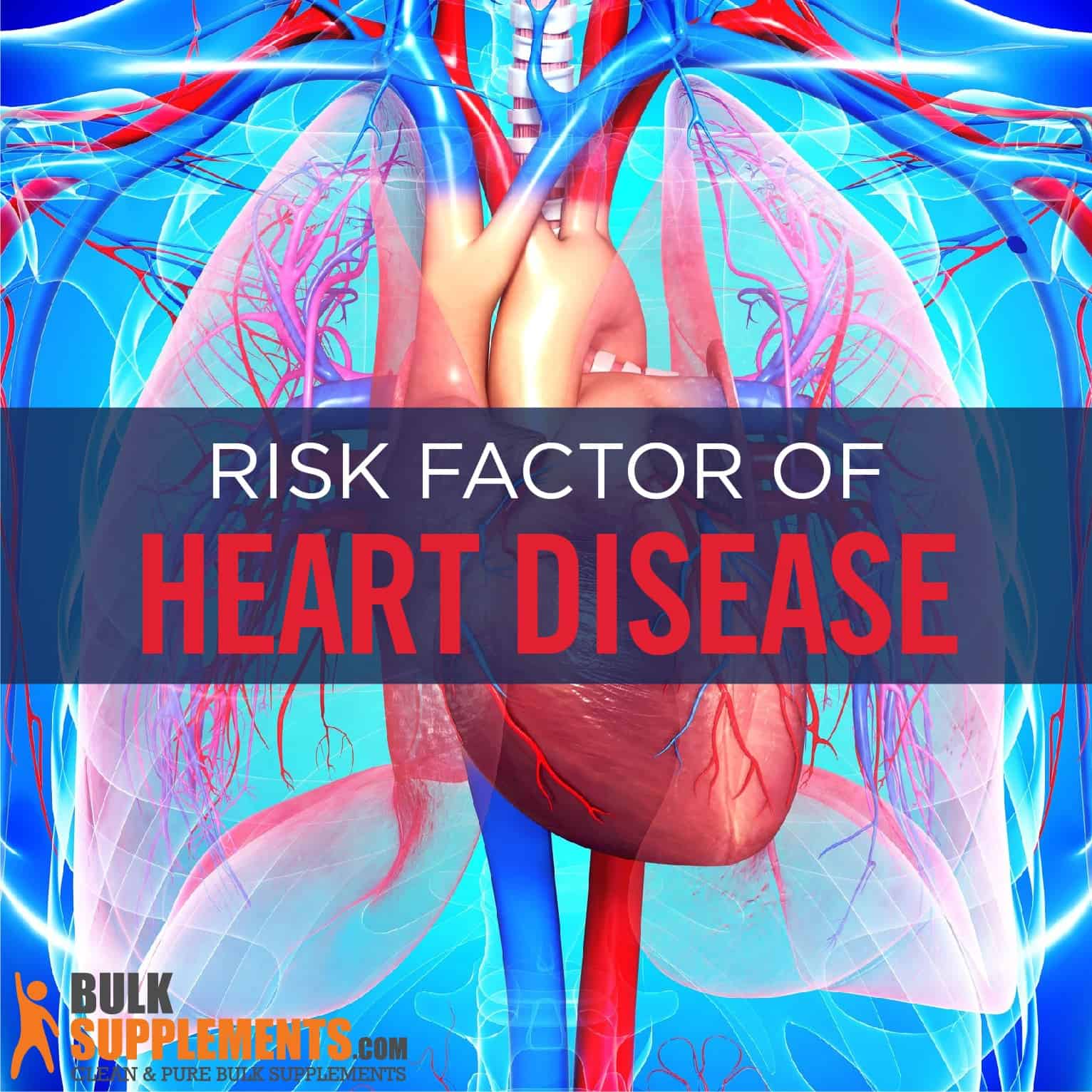 Inulin is a type of insoluble fiber, meaning the digestive tract does not absorb it or break it down. It helps alleviate constipation by absorbing water and moving food through the digestive tract, as well as improving gut health by feeding the healthy bacteria that live there. Take inulin powder in doses of a single tsp one to three times a day with food and water. To avoid stomach upset, start with a low dose. Consult with a physician before taking inulin.

For thousands of years, Ayurvedic and Traditional Chinese Medicine methods have used berberine. It contains antibacterial properties that may treat a variety of conditions. Studies have determined that it is as effective as prescription antibiotics in treating SIBO. As a dietary supplement, take 500 mg of berberine HCL powder twice a day for a total of 1,000 mg. Do not take this supplement for more than three months unless a doctor approves it.

Originated in southern Europe, fennel has a long tradition of treating intestinal disorders. The active ingredient is fenchone and it helps to relax the muscles lining the GI tract. Studies state that fennel may also help alleviate symptoms associated with SIBO, including gas, bloating and nausea. The recommended dosage for fennel extract is 1,000 mg (½ tsp) once or twice a day. Different cases may require different dosages, so consult with a doctor first.

Glutamine is an amino acid that may help restore the lining of the intestines and researchers believe that a deficiency in glutamine can cause intestinal disorders. Even though the body produces glutamine, it may not make enough, so taking supplements may help. As a dietary supplement, take 500 mg (¼ tsp) to 1,000 mg (⅓ tsp) of L-glutamine powder up to three times a day. It works best before a workout.

TMG is an amino acid that builds protein. It works with choline, folic acid and Vitamin B12. It is naturally present in grains and vegetables. TMG can support several chemical processes in the body. It may help improve digestion by breaking down proteins and fats and absorbing nutrients, as well as assisting with detoxification. The recommended dosage for TMG powder as a dietary supplement is 750 mg (¼ tsp) to 1,500 mg (½ tsp) once a day, unless a physician recommends a different dosage.

Interestingly, artichokes are part of the daisy family. They contain antioxidants and several vitamins that can help improve digestion. They can increase the flow of bile that helps break down fats. Artichokes can also help support the digestive system to absorb fat-soluble vitamins. Studies state that artichoke extract can also help relieve symptoms of SIBO such as gas and bloating. For optimal results, take 700 mg (⅓ tsp) of artichoke extract powder each day, or following a doctor’s advice.

Derived from chitin, chitosan works a little differently than some of these other supplements. It keeps toxins and fat from absorbing into the body. Also, sometimes it is a treatment option for Crohn’s disease, as well as other disorders like obesity and high cholesterol. The recommended dosage for chitosan extract powder is 1,000 mg up to three times per day. However, it is important not to take chitosan in large amounts because it can cause deficiencies in fat-soluble Vitamins A, D, E, K and beta-carotene.

SIBO is an overgrowth of bacteria in the small intestine that normally live in the colon. Although it is common, unfortunately it is under diagnosed. It is related to several other digestive conditions, including celiac disease, Crohn’s disease, diabetes and cirrhosis in the liver. SIBO can trigger gas, diarrhea, bloating and nutritional deficiencies. Treatment requires antibiotics to get rid of excess bacteria in the GI tract. However, a healthy diet, probiotics and naturally occurring supplements can all possibly help treat the symptoms of SIBO and address its causes. Always consult a doctor before trying any natural treatment method. Supplements are not a medical treatment, even though they provide several potential health benefits.